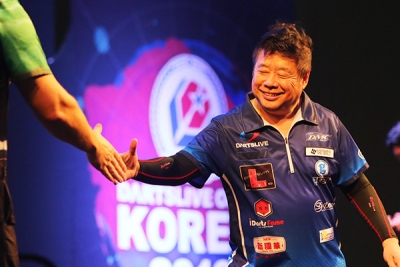 The 63-year-old darting legend won through the knockout featuring players from Thailand, Malaysia, Phillpines, Singapore, Cambodia, India and Oman to seal his place at Alexandra Palace in December.

A World Cup quarter-finalist for Singapore earlier this year during another memorable run on the TV stage, Lim will step out once again at the World Championship later this year.

Having defeated Preecha Kumkrong, Somphop Sitthikham and Mark Jumin for the loss of only three legs as he won through to the last four, he then overcame 2011 World Championship qualifier Juanito Gionson 2-1 in sets in the semi-finals.

He then repeated the scoreline in the final against Keshminder Jaswant to seal his spot in the World Championship.